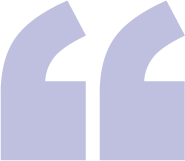 I was a 13 year old boy growing up in West London and lucky enough to attend the England quarter final, semi-final and the third and fourth place play off match.
I watched the final at home as by this time tickets were not so easy to come by.

The atmosphere in the Argentina game is perhaps my most vibrant memory, even after 50 years of watching football. I had never experienced anything like that before as the crowd rounded on the player who refused to leave the field .

After the World Cup I came across first day covers of the overprinted England winners stamps signed by some of the World Cup winning players..
These were out of my pocket money capabilities to buy so I decided to write to the clubs asking the players to sign my copy. Fortunately the boys from West Ham did so promptly and given these I progressed through the rest of the team till I had collected the 11 autographs on one cover. It's now of course 50 years old but brings me back to so many happy memories when I look over it. I did not manage to collect Sir Alf's autograph but some 30 years later found an anniversary cover which he had signed to complete my set.